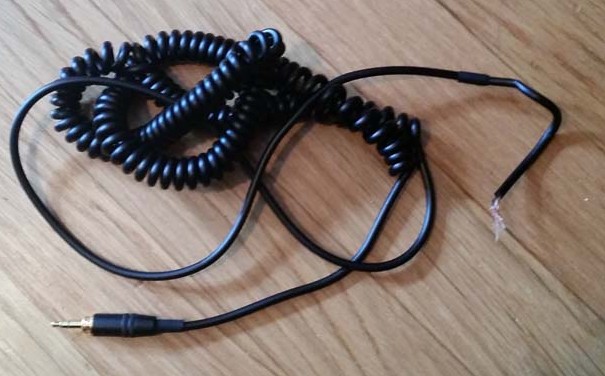 Since the Sony MDR-7506 headphones are meant for professionals they are designed to be serviceable and include full schematics for disassembly and wiring. I’ve included both at the end of this post incase someone is doing this on used headphones that didn’t include the documentation.

1.) Remove the left ear pad. This is very easy and is done by simply pulling slowly outward until the ear pad comes off. It is just held on with some sort of elastic.

2.) Remove the 4 phillips screws that are revealed once the ear pad is removed 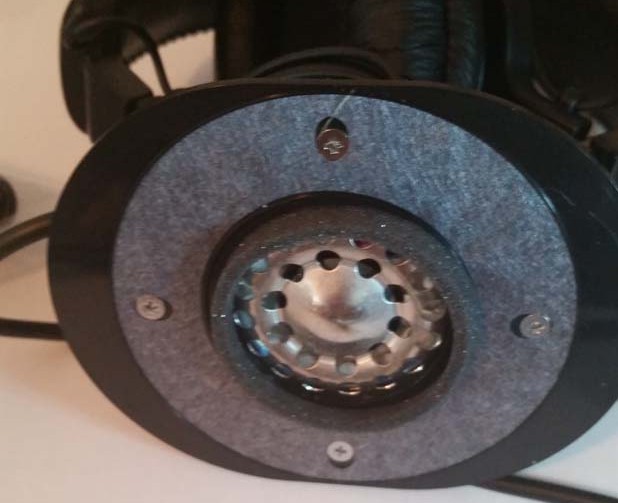 3.) Cut the wires connecting the old cable to the driver. Then remove the cable from the hook inside of the headphone and there is also a tiny clip that holds the cable in place. Once that is removed you should be able to pull it free leaving a hole that we’ll use for our new cable or headphone jack. 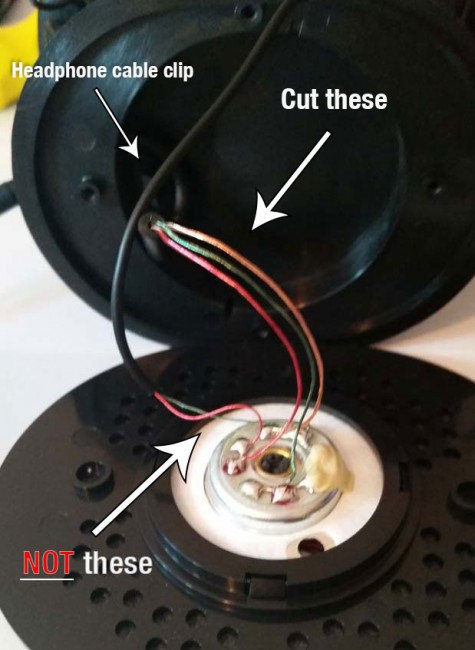 From here you have two choices. If you want a detachable cable you’ll need to install an 1/8” headphone jack which requires some drilling and modification to enclosure. If you do not want to do the more advanced modifications (which could damage the headphones physically) you can just attach a straight cable permanently which will allow you to completely skip this part.

1.) Take a power drill and bore out the hole that the coiled cable was passed through until it is just large enough for the new headphone jack to fit snuggly. 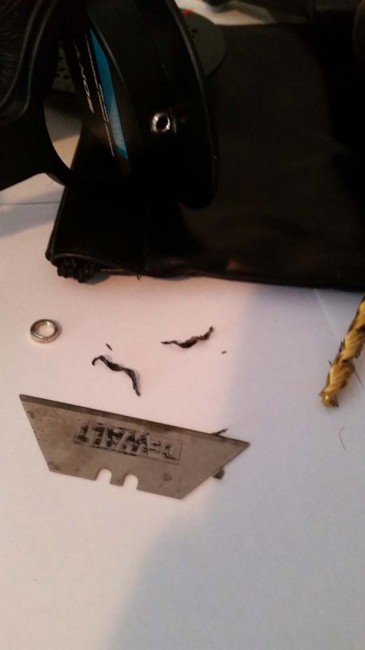 If you decided to modify the enclosure and make the cable detachable follow these steps for wiring. If not see the next section.

1.) Cut 3 lengths of wire they should be long enough to comfortably work with, but short enough to fit in the enclosure when re-assembled (about 4 inches long). I chose to match the colors to the original wires. I advise you do the same if you can.

2.) Using the soldering iron heat up the 3 solder points one at a time. Once the solder is soft, pull the old wire out and insert the end of the new wire. Add a little bit of solder on top to ensure the wires stay put. Repeat for each wire.

Solder cables to the back of the driver 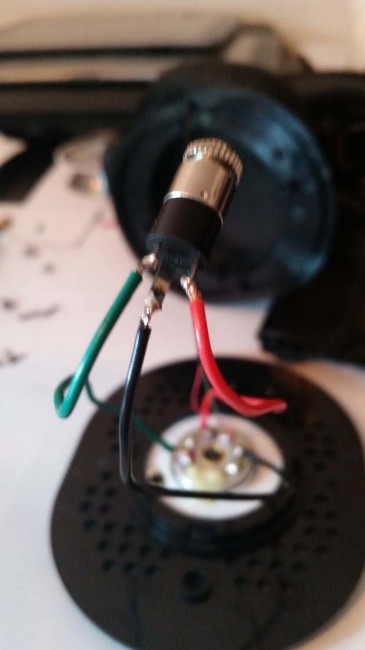 4.) Test the headphones. Using an 1/8” headphone cable connect the (disassembled) headphones to an audio source that allows you to control balance (I just used my computer). Make sure audio is coming out of both speakers and that Left / Right balance works as expected (left is left, right is right).

5.) Once you are sure everything is working correctly solder the three wires to the headphone jack. 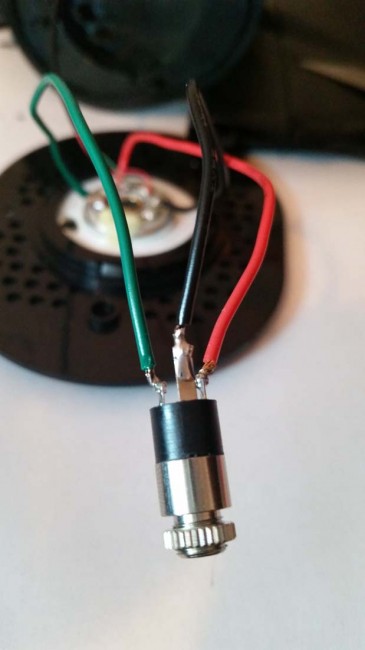 If you chose not to modify the enclosure and go with a permanent straight cable follow these steps. This is not the method that I did so there are no pictures, but the pictures in the section above should give you a pretty good indication of how to do this.

1.) Pass the wire through the hole where the old wire was ran.

2.) Strip the new wires if they are not already stripped and twisted them with the wires you cut off earlier. Be sure to connect them correctly (see wiring diagram at the end or pictures above)

4.) Using a soldering iron heat up each of the three solder points individually. Pull the old wire out of the heated solder and insert the new wire. Add a little bit of solder on top if needed to ensure a secure connection. Repeat for each of the 3 wires.

1.) Insert the jack through the hole you drilled earlier and tighten the nut down as much as possible.

2.) Put the front plate back on being careful to route the wires around the outside so they fit in neatly. You may also want to put a piece of electric tape over the contacts on the headphone jack to ensure it doesn’t touch the driver. I did this just to be safe (although I had plenty of clearance).

3.) Insert the 4 screws to hold the front plate in place.

4.) Put the headphone pad back on by carefully stretching it over the front plate and pushing the edge in to the groove. This is a bit tricky, but after a lot of wiggling and pulling and adjusting it goes back on just fine (they’re designed to be replaceable)

reassembled and better than ever 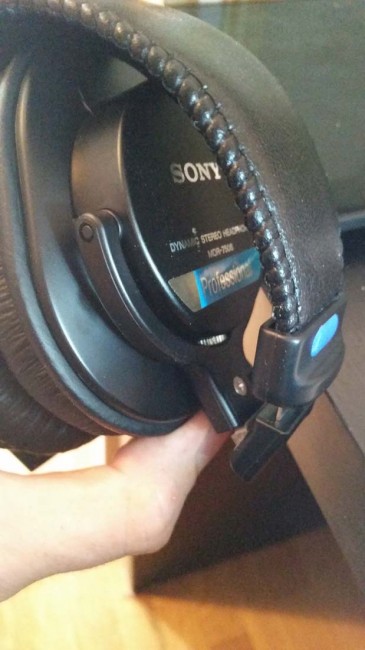 Test them out and enjoy!! 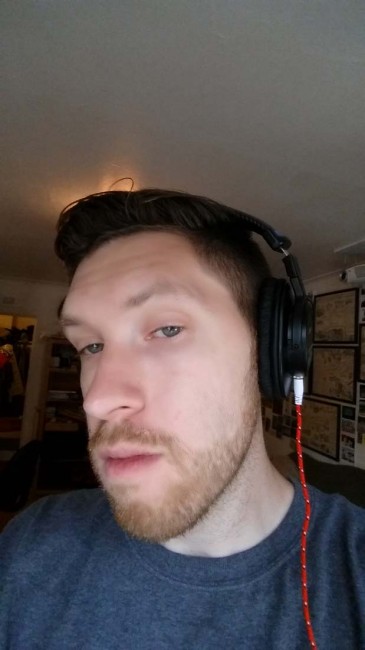 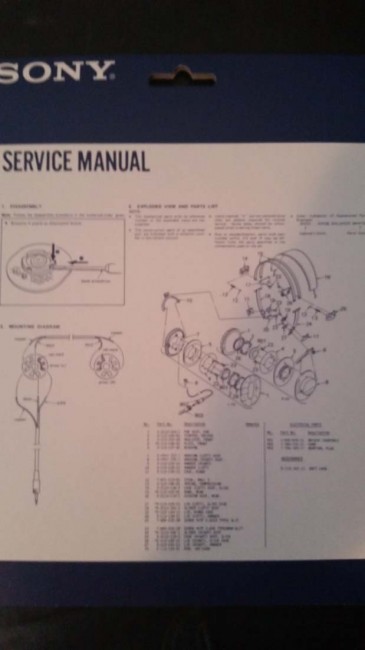 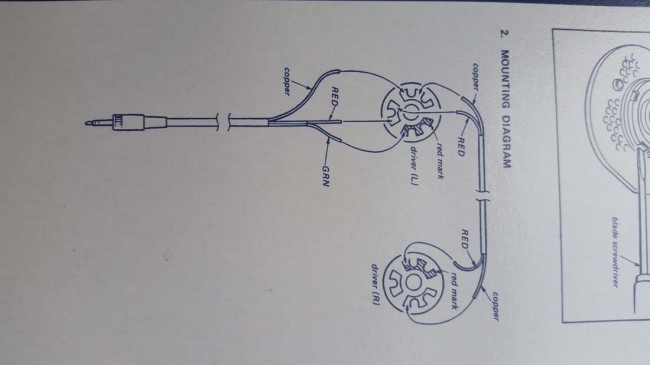